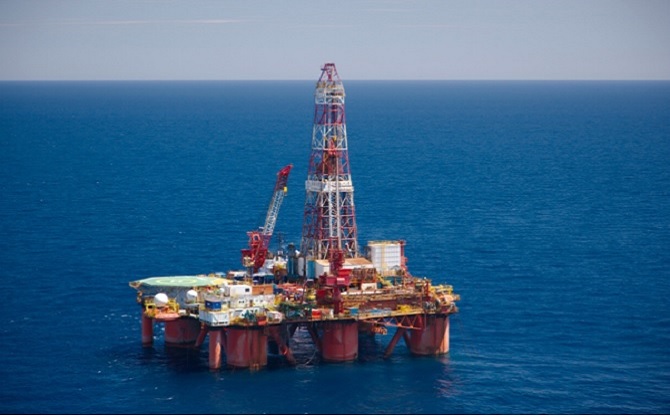 SK E&S finally succeeded at investing in an eco-friendly gas field overseas that it has pursued for the last 10 years.

The company (CEOs Yu Jeongjoon and Choo Hyeongwook) declared its final investment decision (FID) in the Barossa-Caldita marine gas fields in Australia, which it has developed since 2012, and announced its full-scale production of LNG of over 70 million t in reserves on March 30.

In addition, the company announced that it would use CCS technology in capturing and removing CO2 generated during the production of natural gas and produce “CO2-free/low-carbon LNG”** to lead the reduction of greenhouse gases actively as an eco-friendly global major energy company.

The Barossa-Caldita gas fields that SK E&S is currently developing with the Australian energy company Santos are marine gas fields located in the northern part of Australia. Since SK E&S’s participation in the project in 2012, it has completed all the steps necessary for their development, including the assessment of the reserve amount, permit acquisition, and design.

The region where the current development will occur is the Barossa gas field among the Barossa-Caldita gas fields. Moreover, the currently confirmed reserve of natural gas is over 70 million t, close to twice more than the 40 million t consumed annually in Korea.

It is about twice more even when compared to the reserve amount the company expected upon its first participation. The assessment has not been completed yet, and more production is forecasted if natural gas stored in the northern part of the Barossa gas field and Caldita gas field is considered.

SK E&S, which has a 37.5% share in the gas field, plans to invest USD 1.4 billion, which is equivalent to its share of the total of USD 3.7 billion in investment costs for the next 5 years. Thus, it plans to introduce 1.3 million t of LNG annually in Korea for 20 years from 2025.

The company, which has continuously pursued the LNG value chain expansion, including the securing, development, liquefaction, distribution, and discovery of places in demand of natural gas resources, boldly decided to invest in the upstream field (resource development) in 2012.

In the case of development projects of oil and gas fields overseas, a company usually succeeds at developing only 1 among 10. However, SK E&S has not only succeeded at its first gas field development project but also exceeded expectations in terms of reserve scale and economic value.

In particular, the company secured in advance all rights for the use of a gas-purifying and liquefying plant necessary for LNG production through quota investing last year in the Darwin liquefaction plant, which is already in operation in Australia. This enabled it to reduce greatly the cost of constructing a new plant. As a result, the LNG from Australia that it develops can secure the global top price competitiveness, the company added.

The current natural gas field development in Australia is also significant in that the company will realize ESG business management through eco-friendly resource development, it explained.

Natural gas is the most low-carbon, eco-friendly energy source among fossil fuels. However, it has the disadvantage of CO2 being partially generated during its production and combustion. As such, SK E&S plans to remove even the CO2 emitted from its LNG plant by capturing the CO2 generated during natural gas production by upgrading its CCS technology and storing the substance in a nearby marine waste gas field. In doing so, it will eventually become a “CO2-free LNG” business.

Furthermore, the company has signed a memorandum of understanding (MOU) with Santos, its partner company, in November last year for the “discovery of opportunities for cooperation in CCS and carbon-reducing business.” The two companies also signed a contract for joint research in March this year and already started reviewing the validity of the CCS project.

SK E&S, in particular, intends to continue developing CCS technology to apply it to the hydrogen-producing process in the future.

It further plans the production of clean hydrogen wherein CO2 has been removed in its hydrogen-producing plant, which it expects to build near Boryeong in Chungcheongnam-do Province, Korea, after bringing in the LNG produced in the gas fields in Australia in 2025.

Thus, the company declared its strategy to minimize the emission of CO2 throughout the hydrogen-producing process in Korea by mining natural gas overseas and enhance the eco-friendliness of not only LNG but also the hydrogen value chain.

“The current achievement is highly meaningful in that we secured the global top long-term price competitiveness of LNG, which is the base material for hydrogen production. We will not stop here; rather, we will continue reinforcing the eco-friendliness of the entire process from the development of gas fields overseas to hydrogen production in Korea to realize ESG business management. In addition, we will equally contribute to reducing global greenhouse gases,” said CEO Choo Hyeongwook of SK E&S.