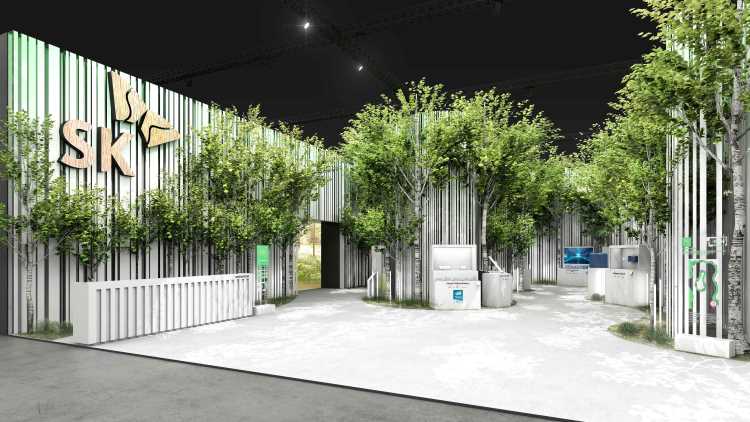 On January 4(Local time in Korea), SK E&S said it will attend “CES 2022”, the world’s largest electronics and IT show, held from January 5 to 7 (local time) at the Las Vegas Convention Center.

Attending CES for the first time, SK E&S will showcase its products jointly with SK Holdings Co Ltd. and other subsidiaries of SK including SK Innovation, SK Telecom, SK Hynix and SK ecoplant under the theme of “Carbon Emission Reduction”.

With their pledge to contribute to reduce 200 million tons of carbon emissions or 1% of the global target for carbon emission reduction by 2030, SK’s subsidiaries will present a wide range of technologies used to reduce emissions as part of their efforts to join the journey to “Net Zero”.

SK E&S has been leading SK Group’s green energy business and will introduce its projects and technologies for the new energy sector such as hydrogen, renewable energy and energy solutions at the event.

At the event, SK E&S will also present its strategy to establish an ecosystem for green energy where it will produce green renewables including solar PV and wind power and improve consistent performance in supply of renewable energy through energy solution technology. The energy company is operating and developing renewable energy power plants with a capacity of 2.7GW. It has been investing in Key Capture Energy (KCE) and Rev Renewables, industry leaders in energy solutions in the U.S., increasing its competitiveness in the energy solution sectors such as energy storage system (ESS), distributed power sources of micro-grids and mobility solutions focusing on electric vehicle batteries.

Especially, SK E&S will jointly display an actual hydrogen fuel cell power pack called “GenDrive 3000” produced by Plug Power, its global partner for hydrogen business, at “CES 2022”. Hydrogen fuel cell packs are free of release of harmful substances including CO2 , offer benefits of high energy efficiency and durability and are expected to be used in the mobility sectors including hydrogen-powered forklifts as well as in a variety of industries in the future.

SK and SK E&S invested 1.8 trillion won in Plug Power, becoming the largest shareholder of the hydrogen company last year. SK E&S plans to create a joint venture with the hydrogen provider and to build “Giga Factory & R&D Center” in the metropolitan area of South Korea which will provide South Korea and Asia with hydrogen fuel cells and electrolyzers.

“In the era of the carbon neutrality, SK E&S will offer concrete solutions to reduce carbon emissions as a responsible energy company and continue its commitment to making the solutions viable,” said Choo Hyeong-wook, CEO and President of SK E&S.